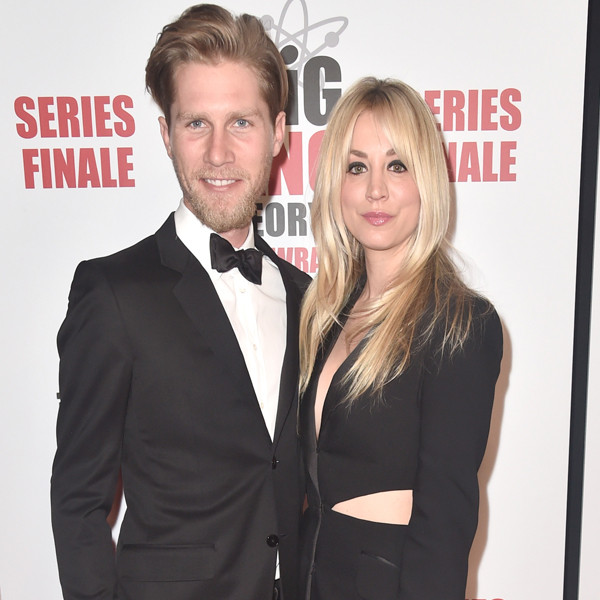 Kaley Cuoco is saying goodbye to her Tarzana home now that she and husband Karl Cook  are finally living together.

The buyer of the mansion will be able to enjoy six beds and 8.5 baths, all of which are immaculately decorated in a modern, yet eclectic style. In addition, the home features a library, home theater and a tech-bar room, all perfect for future gatherings with friends and family.

Those cool perks are continued outside with a fully-functional outdoor kitchen and living area. Guests can relax at the pool, the fire pit or any of the other seating areas the backyard is fully equipped with.

According to the listing, the star personally paid $1 million for all these upgrades to ensure she was living in comfort and style.

Other improvements and renovations on the house were done by Khloe Kardashian and Lamar Odom when they bought the house in 2009. The now-exes owned the mansion during their marriage but sold it to Kaley in 2014, a year after Khloe filed for divorce from the former pro basketball player.

Now, Kaley and husband Karl are living in their new love nest in the luxe Hidden Hills, which they moved into in January, two years after they got married. She previously said, “I kind of want to have a little staycation. I’m really excited to have the space for—[to settle]. I’ve never done that. We’ve been together for almost four and a half years [and] we’ve never done that.”

While the newlyweds are still settling into their home, they plan to build their “dream barn” in the near future. “My biggest dream was to actually build a mini barn—it’s a direct replica of our large barn—because Karl and I have taken in so many mini animals,” she explains. “Which is hilarious so we’re building a mini barn and it’s literally going to be miniature size.”