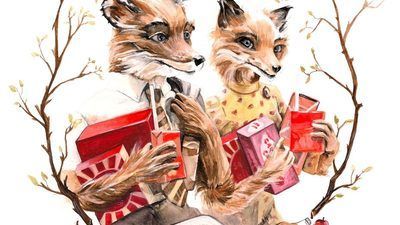 The great mystery, however, is what Roald Dahl might have made of the best film ever adapted from one of his books, the film that left his work more intact than any other while simultaneously inverting its perspective and retrofitting it to align with one of the most distinctive voices in modern American film—a voice that might appear entirely dissimilar to Dahl’s but may yet be a kindred spirit in the subtlest and most significant of ways.

Virtually the entire plot of Roald Dahl’s 1970 novel Fantastic Mr. Fox is faithfully represented in Wes Anderson’s 2009 cinematic adaptation. At the novel’s outset, three farmers—Boggis, Bunce, and Bean; one fat, one short, one lean—have grown exasperated with the namesake carnivore, who routinely pillages their storehouses in order to bring home food for his family. The farmers execute a vicious mechanical assault on the Fox burrow, driving the family deep underground.