Maserati has shown us the fully electric GranTurismo Folgore from every possible angle, and now it’s time for the ICE-powered version to join the spotlight. Besides the reveal of the GraTurismo’s exterior design, the latest teaser confirms that the model will be offered in Modena and Trofeo guises, fitted with […]


Maserati has shown us the fully electric GranTurismo Folgore from every possible angle, and now it’s time for the ICE-powered version to join the spotlight. Besides the reveal of the GraTurismo’s exterior design, the latest teaser confirms that the model will be offered in Modena and Trofeo guises, fitted with the V6 Nettuno engine.

Predictably, the largest portion of the – admittedly sexy – bodywork is shared between the V6-powered GranTurismo and the Folgore sibling. Changes are focused on the front end where the “regular” GranTurismo gets larger bumper intakes and a different grille for cooling purposes. The splitter also appears to be more prominent, coming with a carbon-style finish. 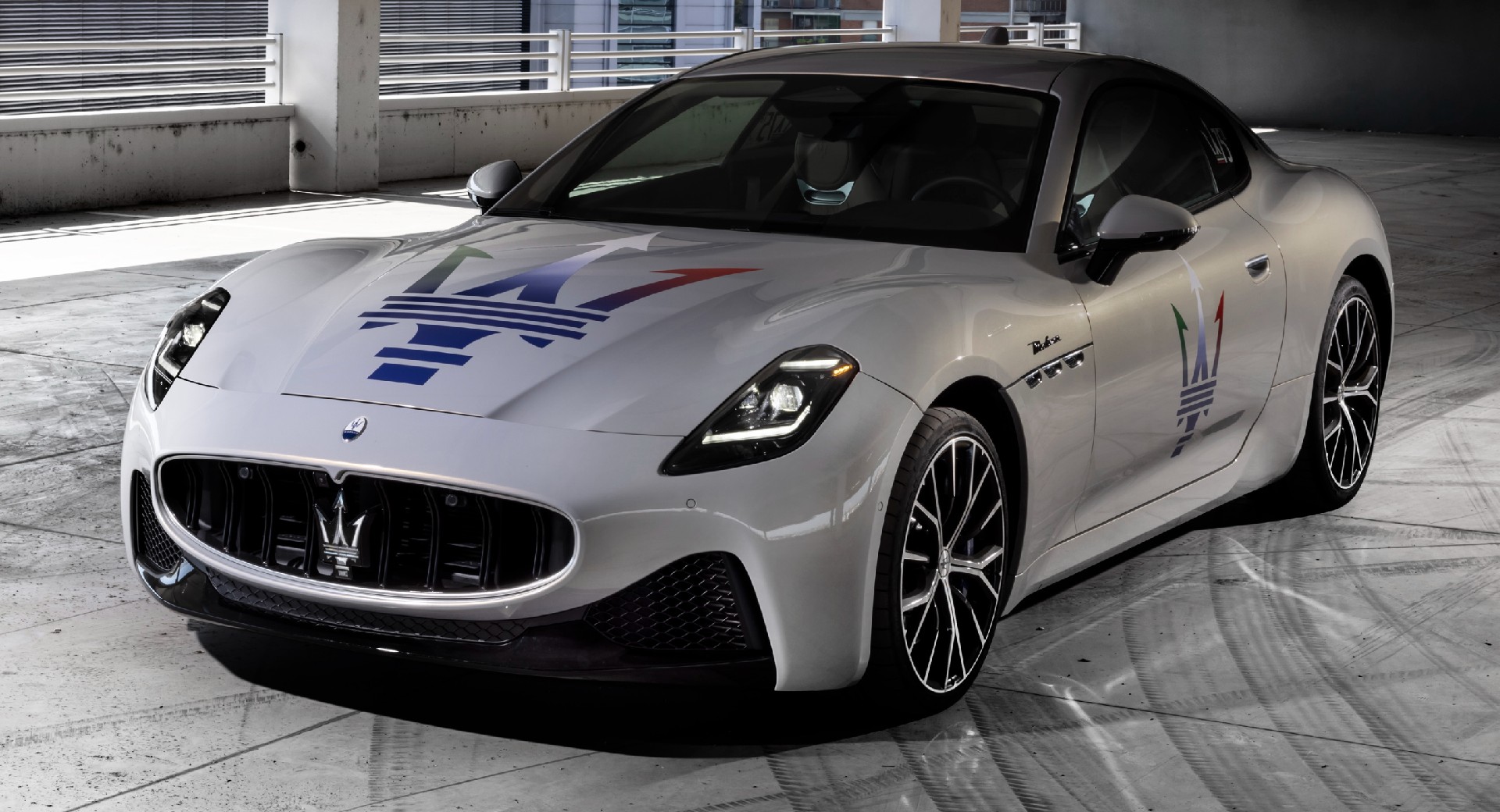 The profile is identical to the EV model, with the exception of the different wheel design, exposing more of the large disc brakes and the blue-painted calipers. At the back, the highlight is the redesigned bumper with quad tailpipes on the dark-finished diffuser. Thanks to the high-res photos we also get a closer look at the LED graphics on the sleek taillights, and the neatly integrated spoiler on the trunk.

As for the twin-turbo 3.0-liter Nettuno V6 engine, the company didn’t reveal the specific output for the Modena and Trofeo trims of the GranTurismo. However, we already know that the engine is capable of up to 621 hp (463 kW / 630 PS) and 538 lb-ft (729 Nm) of torque in the MC20 supercar, although we suspect that the grand tourer will feature a different and less powerful tuning. The entry-level model could produce closer to the 523 hp (390 kW / 530 PS) and 457 lb-ft (619 Nm) of torque of the most powerful Maserati Grecale Trofeo SUV. In any case, the ICE-powered GranTurismo will be less powerful than the fully electric GranTurismo Folgore. 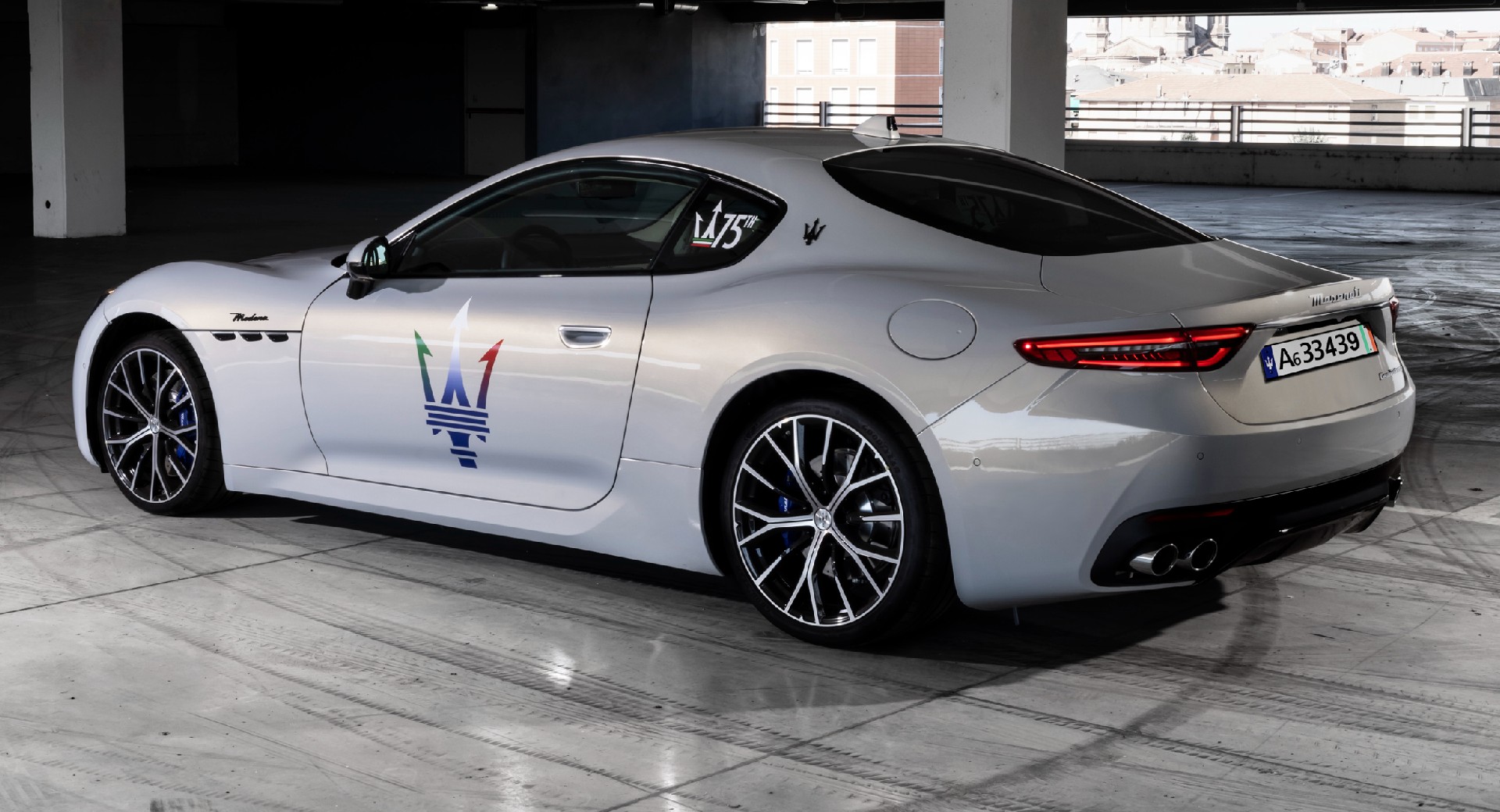 Instead of covering the GranTurismo with a camouflage wrap, Maserati opted for a discreet livery featuring the Trident emblem and 75th-anniversary badges on the windows. As described by the Trident brand, the idea of “a high-performance car, suitable for long distances and comfortable journeys” came during Italy’s economic upswing after the dark years of World War II. The first member of Maserati’s grand tourer bloodline was the A6 1500 in 1947, followed by the 3500 GT in 1957, and many other models, leading to the original GranTurismo.

Maserati didn’t announce a specific date for the debut of the new GranTurismo, but a market launch is expected sometime in 2023 alongside the Folgore EV. Until then, the Trident brand continues the development program including many miles of testing with the prototype fleet. Note that the first teaser for the new generation GranTurismo and GranCabrio was published back in 2020, a year after Maserati concluded production of the long-lived previous generation.

Sat Oct 8 , 2022
Surrounded by vegetation and in the middle of a massive lot, this home offers a quiet escape amidst the buzz of the city. Sign up for our weekly home and property newsletter, featuring homes for sale, neighborhood happenings, and more. Photos courtesy of Gibson Sotheby’s International Realty 22 Kelly Rd., […]