When Ford Motor Company debuted the S550 Mustang for the 2015 model year, the message was that it was a global vehicle. Because of this, the design of the iconic muscle car had to have more of a “global” design to it, with softer edges, and an overall less extroverted […]

When Ford Motor Company debuted the S550 Mustang for the 2015 model year, the message was that it was a global vehicle. Because of this, the design of the iconic muscle car had to have more of a “global” design to it, with softer edges, and an overall less extroverted and bombastic look than the SN95 and S197 Ford Mustang generations before it. Turns out, however, that when global customers are shopping for an American product, they desire an American look. So for the S650 Mustang, the seventh-generation in nearly 60 years, Ford still intends to export the product globally, but this time didn’t soften the edges. The result is intended to deliver a sharper, broader, and more imposing design to the eye than before.

The distinct horizontal browline across the front is unmistakably Mustang and is enhanced by classic touches such as the 1960s-inspired upper grille design and signature tri-bar LED headlamps. The roofline is sleek but shaped in such a way that allows drivers to enter and exit the cockpit without removing their helmets, should they be at the track.

The overhangs have been shortened to mimic the proportions of the first generation model, and the iconic tri-bar taillights are reminiscent of the 1967-68 model year. Ford says the widened rear haunches “point to the power over the wheels in true Mustang style”, but they also remind us of the 1969-70 model year’s voluptuous hips, and incorporate an extended rear spoiler in its very angular design.

Also at the rear of the Mustang is a redesigned diffuser that works in conjunction with new hood vents and a redesigned front spoiler for improved aerodynamic balance in the front and rear.

“Both the EcoBoost and Mustang GT have unique styling cues that deliver on their promise of Mustang Performance,” said Christopher Walter, Ford Mustang design manager. “The new Mustang is more chiseled and edgier, leaning into Mustang’s classic brawniness and timelessness.”

Of course, it wouldn’t be fair to have a new generation of Mustang without a convertible version, and that trend will continue for the 2024 S650 Mustang. The design of the roof allows for a segment-leading trunk space that can still hold two golf bags. The fully insulated roof can be raised or lowered using the single center latch.

Two new exterior colors join the lineup for 2024 for a total of 11; Vapor Blue and Yellow Splash, with new stripe colors and designs to option to buyer’s liking. Alloy wheels are available in sizes from 17-inches standard all the way up to 19-inch for GT, with 20-inch units available as an option. The wheels can be paired with a choice of Red, Black, or Grabber Blue Brembo brake calipers.

To provide further customization options directly from the factory, Ford is also offering the Mustang Design Series which is all new for 2024 and features the Bronze Design Series Appearance Package which adds Sinister Bronze alloy wheels and matching badges to any Mustang in the stable.

Sun Oct 9 , 2022
New York, New York, USA “The way in which these textiles and fabrics are built, nothing is flat,” states American artist Nick Cave.  “There is a dimension built within them that is visceral. I’ve always built cloth and so I wanted the same sensation to come across in these materials.” […] 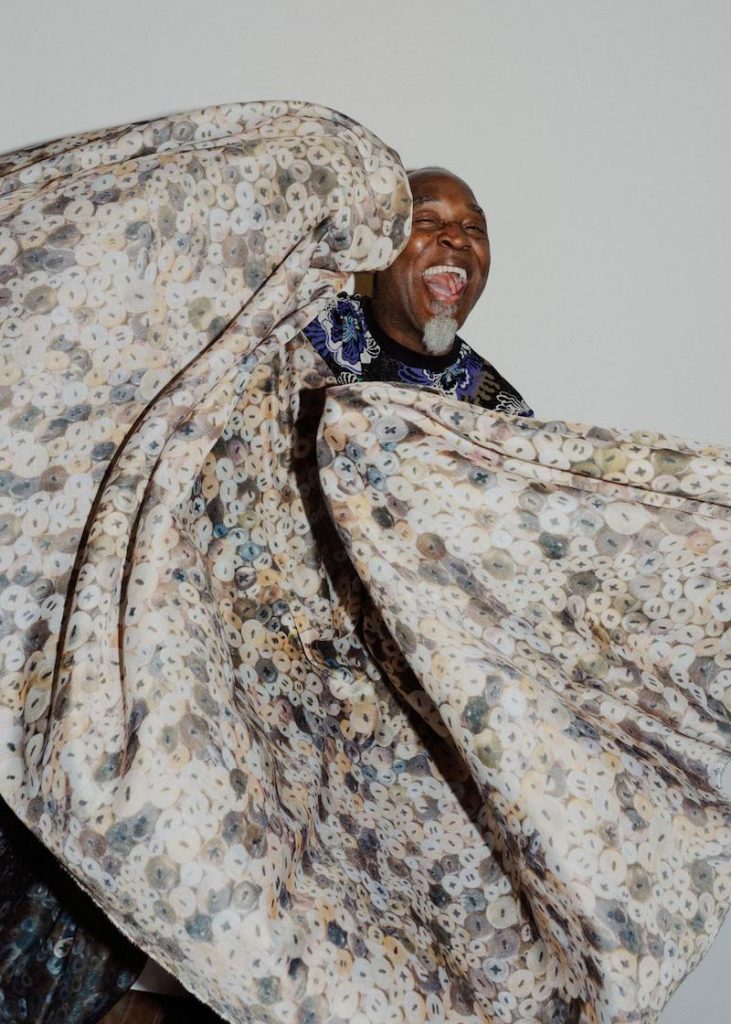