L’Auberson, Switzerland More sculpture than a timekeeper, Marc Newson’s reimagined, the ancient-inspired hourglass is a beautiful object that is incredibly simple yet impressive in its artisanal nature.  Designed a decade ago by Newson, the industrial designer most famous for his Lockheed Lounge chair and the Apple Watch, the sleek Blue […]

More sculpture than a timekeeper, Marc Newson’s reimagined, the ancient-inspired hourglass is a beautiful object that is incredibly simple yet impressive in its artisanal nature.

Designed a decade ago by Newson, the industrial designer most famous for his Lockheed Lounge chair and the Apple Watch, the sleek Blue Hourglass is exceedingly simple yet remarkably complex to fabricate.

It’s made of a single piece of glass—blown by hand in Switzerland—and filled with millions of tiny metal spheres known as nanoballs and recreated by De Bethune and HG Timepiece.

The glass is blown by hand yet perfectly in form and proportions.

Essentially tiny steel spheres each just 0.6 mm in diameter, the nanoballs were originally available in several shades, including yellow gold and copper, which were achieved via plating.

The heat treatment used for the latest version, on the other hand, is a first for the hourglass.

Flageolet perfected a technique for blueing the nanoballs by heating one batch at a time inside an oven while ensuring a consistent blue tone for every sphere.

A total of 127 million nanoballs were blued by Flageolet, a process that took several months and produced enough nanoballs for 36 hourglasses – 12 large and 24 small.

While the blued nanoballs are unique to this limited edition, the hourglass itself is identical to that of the standard version.

Both the large and small versions are a single piece of glass that is blown by hand, in other words, manually-operated equipment and a handheld blowtorch.

The hourglass is produced by HG Timepiece, a Swiss company that was set up to take over the rights to produce Newson’s hourglass design after the original enterprise went under.

Despite the change in ownership, the hourglass is made in exactly the same artisanal manner.

The walls of the hourglass are surprisingly thin, measuring between 5 mm to 7 mm.

Despite its delicacy, the glass is no ordinary glass but instead borosilicate glass, a form of material that is resistant to high temperatures and commonly used for laboratory equipment and cookware.

The Blue Hourglass is available in two standard sizes: the larger, 60-minute timer and a smaller 10-minute version.

The former contains some eight million nanoballs, while the latter has about 1.2 million.

However, the addition of Flageollet’s talents to the prowess of Swiss glassblowers comes at a high price.

The smaller, 10-minute Blue Hourglass costs CHF25,000, more than double the price of the standard hourglass with plated nanoballs.

That’s affordable relative to everything else that De Bethune makes, but it’s a steep premium for the hourglass.

Other hourglasses designed by Newson for HG Timepiece are available in black, copper, fine gold, or fine silver.

Sat Dec 17 , 2022
Photo courtesy of Michele Plachter How to decorate your fireplace mantel decor for the holiday season, according to interior designer tips. When we think of the merriest holiday decorations, we immediately think of sparkle, shine and rich colors—but what decor inspires interior designers during the holiday season? We reached out […] 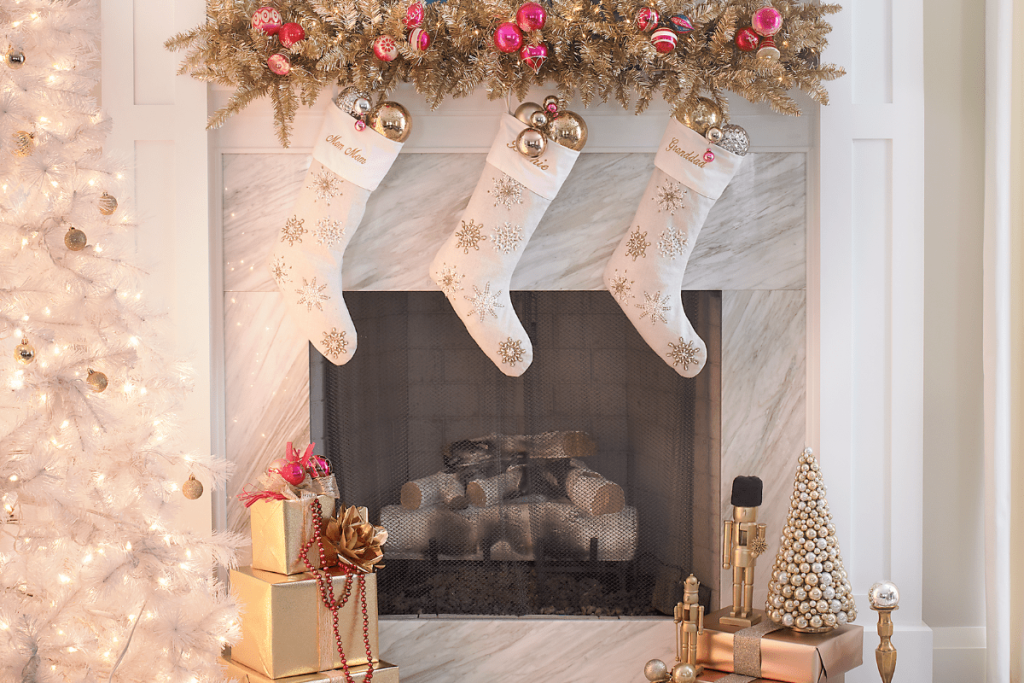