Design House, an annual showcase of Mexican design, has opened in Mexico City, utilising almost every space in a modernist home for a series of collaborative installations. As part of Design Week Mexico, over 20 designers and artists worked with local brands and gallerists to fill a home designed by […]

Design House, an annual showcase of Mexican design, has opened in Mexico City, utilising almost every space in a modernist home for a series of collaborative installations.

As part of Design Week Mexico, over 20 designers and artists worked with local brands and gallerists to fill a home designed by Mexican architect Enrique Castañeda Tamborrel with design objects organised into discrete and thematic installations.

Because of an agreement with the owners, the temporary installations had to be set up without any major interventions to the structure of the home, and designers only had a few weeks for the build.

Designers opted to create second walls and ceilings to frame the installations in order to not disturb the existing ones.

This included a wooden entryway installed by the local studio Comité de Proyectos, which also painted a decorative, floor-to-ceiling trellis that is part of the original house.

The interiors were filled with furniture, ceramics, sculptors and textiles created in distinct units throughout the different areas of the home, while the exterior was generally untouched.

In the large living room with wrap-around floor-to-ceiling windows, two installations presented one of the more showroom-like aspects of the set-up.

To the left, the collaborative team of design studios Ad Hoc and Balmaceda with gallery Ángulo Cero placed a series of colourful rugs and contemporary furniture inside a curtain of metallic strands.

“Being able to express our work blending it with the iconic architecture of the house was one of the most challenging things for this year’s house,” said Ad Hoc co-founder Juan Jose Nemer.

“We offset the walls to have a fresh canvas to work with, without affecting the original house,” he continued, “to keep it contemporary but speaking the same futuristic language as Taborrel’s 1970’s vision.”

At the other end of this space was a serene installation showcasing the works of sculptor Rebecca Cors alongside curated furniture from the gallery Book of Wa, all surrounded by deep-blue curtains.

Adjacent to this space, behind the large trellis, was an installation featuring the work of Clásicos Mexicanos, a studio that takes archival imagery of furniture and decorative pieces that no longer exist and recreates them.

Past the entryway, a staircase leads down to a narrow hallway converted into a retro bar space by Mood Studio. Up the stairs from the entryway, a moody and minimalist mezzanine was clad in black and furnished by designers Cristina Grappin and Casa Quieta.

A series of bedrooms are located on the same level as the foyer. One, which has a large glass window that looks out over the driveway, was designed with an earthy sculptural envelope with surreal touches of colour by Mexican design studio De la Cerda and gallery Difane.

Other bedrooms include a luxurious suite by architect and designer Germán Velasco who repeated the trellis in the foyer for a window covering, as well as a millennial minimalist room decorated by interior design studio Goldberg Interiors with furniture gallery IHO. 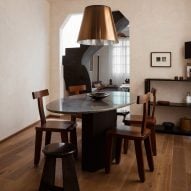 Also on the floor is a darkly clad office space by design firm Studio Panebianco and woodworking studio Breuer.

A large bedroom on a platform up another level from the mezzanine floor was completed by interiors studio Rivera Zavala with furniture by Studioroca and gallery STR.

C Cúbica Arquitectos designed a sculptural inset for the porte cochere that holds an Audi e-Tron as part of the display.

A front garden, a rooftop terrace, a garden courtyard and a backyard were also filled with installations for the event. 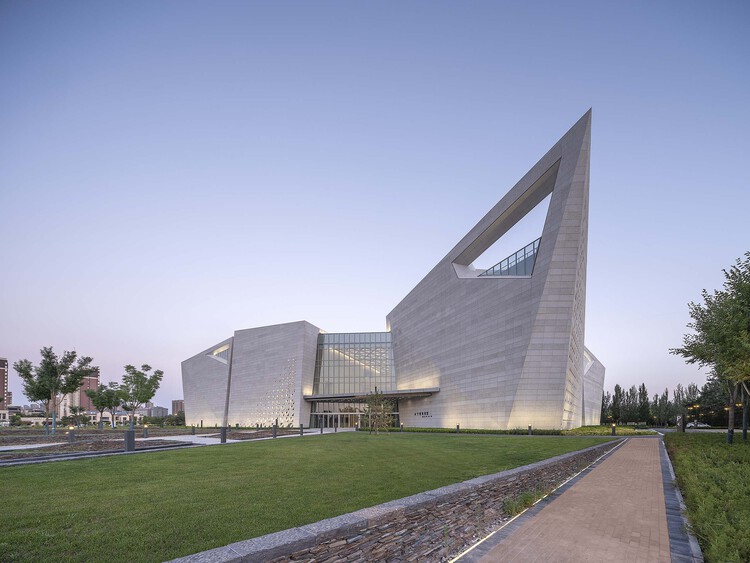