From its first description by Neil Stevenson in his 1992 novel Snow Crash, design engineers in high-tech circles have speculated about the futuristic concept of a metaverse. As the vision has evolved, the metaverse has found its way into gaming through virtual reality (VR) environments with augmented reality (AR) spaces […]

From its first description by Neil Stevenson in his 1992 novel Snow Crash, design engineers in high-tech circles have speculated about the futuristic concept of a metaverse.

As the vision has evolved, the metaverse has found its way into gaming through virtual reality (VR) environments with augmented reality (AR) spaces allowing users to toggle between the digital and physical worlds. It is also finding its way into commerce, both inside and outside of gaming, as many companies are designing new infrastructure to support these virtual settings that offer high-definition VR and AR simulations of physical reality. However, unifying them into a singular metaverse experience has some complicated design challenges.

Related: A Concrete Approach to the Industrial Metaverse

Put simply, every metaverse will have to be stitched together from a collection of smaller metaverses that integrate multiple technology standards and development tools. For instance, just the wireless world alone must address such diverse standards as 6G, 5G, 4G, and 3G, plus all the versions of Wi-Fi, Bluetooth, and NFC. Then there is a need to incorporate every data I/O interface such as USB and Ethernet while addressing multiple-input multiple-output (MIMO) wireless devices. Suddenly, the engineering design becomes exponentially more difficult to test because there are so many integrated components.

Related: The Metaverse Is Familiar Territory for Manufacturers

Although a metaverse for engineers may incorporate multiple communications standards, unifying them into one design and development environment makes the complete rendering too intricate to test and validate each piece. We cannot just snap our fingers to produce a full-blown, Hollywood-style simulation wherein everything is represented accurately as the extended design framework becomes more unwieldy.

Picture a simple example of walking alongside a street in the metaverse. We would have to address each attribute of the airflows based on the way the wind is blowing and the sun is shining. In turn, those breezes could affect the flight of a passing butterfly. Then if a car passed, it would create a new vortex of passing wind that could further disrupt the butterfly’s flight path.

Solving the problem would require modeling the car and its wind vortex to accurately show the derivative effects on the butterfly. That means we would also have to incorporate specific building blocks to reflect each variable for the prevailing breeze, the butterfly’s path, and the car’s vortex. Each part would need to be modeled independently before bringing the separate pieces together in a collective development environment, like connecting Lego building blocks to test how each variable would influence all the others.

Bringing Test into the Metaverse

Similarly, developing a new wireless device requires expertise with wireless standards, along with deep knowledge of chipsets for the phone’s design. The question becomes, how should we build a design environment to test this unique device in the metaverse? We cannot just model the wireless piece or the chip piece separately. We need to adjust for the ripple effects of each component on all the others. In the design environment, we must understand the complete environment holistically by first testing each piece incrementally.

Such considerations will become more critical for designing and building intricate electronic technologies such as braking sensors and camera arrays for self-driving cars, or to calculate the multidimensional quantum states necessary for quantum computing. When we bring together such extremely dense technologies, we will need to emulate the effects of temperature on performance, for instance, or the levels of electromagnetic interference in each design component.

Furthermore, due to fierce competition to deliver new products to market, there is no longer enough time to create designs by trial-and-error, either. Market success requires rapid deliveries of products that work perfectly the first time, right out of the box. Each system must be separately tested before integrating all the pieces in a shared design environment to test the various subassemblies together.

The need to build the metaverse by assembling piece parts is not just a matter of idle speculation. The vision for the metaverse is taking shape today and the progression is no longer linear. In one basic example, the sophistication grows exponentially each time we add more antenna inputs and outputs to channels for the transmitters and receivers of radio units.

At some point, design engineers must rely on simulation and automation to test these extended systems because the problem becomes too computationally complicated to be performed manually. That is why every metaverse will have to be assembled from a collection of smaller metaverses, rather than emerging full-blown from its original conception into a complete VR environment.

Tue Nov 15 , 2022
Large family get-togethers are enjoyed in the open-concept living spaces at this house in Vancouver, which interior designer Stephanie Brown has overhauled with entertaining in mind. The home is situated in a quiet, upscale neighborhood in the Canadian city. Built in 1991, it originally featured a postmodern aesthetic, while subsequent […] 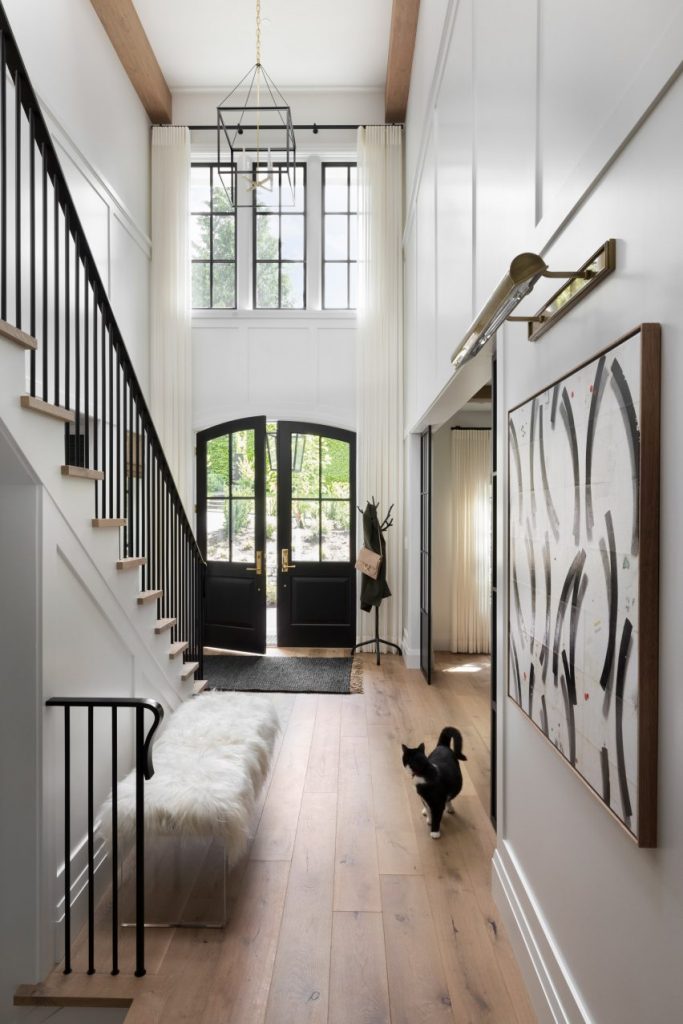