Drone technology has come a long way since it first came on the scene in the 1970s as military technology. Though unmanned aerial vehicle (UAV) technology originally got a bit of a bad rap given its prominent use for delivering bomb strikes during military engagements, it’s evolved significantly over the […]

Drone technology has come a long way since it first came on the scene in the 1970s as military technology. Though unmanned aerial vehicle (UAV) technology originally got a bit of a bad rap given its prominent use for delivering bomb strikes during military engagements, it’s evolved significantly over the past decade or so to include myriad uses that now are doing far more good than harm in a number of ways.

These days UAVs are being used to provide helpful innovation in numerous industries by providing high-definition aerial footage for videos and movies, improving the operation and visitor experience of national parks, and delivering medical supplies to places that need them, among other applications.

One of the latest uses for drones is in the monitoring of agricultural products throughout their growth process—from seed to harvest—to meet government standards for certain industries. One example of this is in the hemp industry, where a Canadian company called ZenaDrone developed a multi-industrial drone to help hemp farmers in Ireland create a Hemp CBD oil product that meets the purity standards required for selling these products in their region.

Design News recently spoke with Dr. Shaun Passley, ZenaDrone’s founder and CEO, about his company’s drone technology as well as where the evolution of UAVs overall is headed in 2023. Below is a transcript of that interview.

What is state of the art in terms of drone technology today? What are they primarily used for, and who is using them the most?

Passley: Drone advancements have proven to be beneficial in modern life. What we used to know about drones was only that they’re used to assist covert military operations until innovation brought drones to the commercial side. Now, drones have been widely accepted in data gathering necessary for research, planning, policy making, monitoring, inspection, search and rescue, and business applications. Basically, all sectors of the community are familiar, have encountered, or have used drones at some point. I’m sure you’ve heard of parcel-delivery drones; they’ve become beneficial to human life.

What has been the progression of drone technology over the past year? Any big changes?

Passley: Yes, of course, drone technology has drastically improved. Now, drones are categorized by their size and functions. Specialty drones are no longer focused just on benefitting the military sector; there are highly specialized drones intended for e-commerce product delivery, aerial photography, news broadcasting, search and rescue, medical aid, and many more. With integration of artificial intelligence into drones, they’ve become versatile in their functions and features.

Any surprises in terms of where we are now versus where we expected to be?

Passley: It is indeed surprising to compare drones from a decade ago to the present drone. There were very little known facts about drones before, but because the interest is growing, drone innovation has quickly turned out. Collaboration among drone enthusiasts made it possible to create more advanced and more precise drones. Applying newer specifications, drones have limitless roles to fulfill in various sectors and industries.

What is the outlook for next year? What changes do you anticipate?

Passley: Next year, we will expect more amazing drone technology will easily be available because of the combined efforts and collaboration of manufacturers, engineers, enthusiasts, and policy regulations surrounding drones. Improvement in machine-learning systems and integration of artificial intelligence will allow heightened drone responses to complex commands and more precise sensors and scanners to create 3D composites. Regulations will categorize UAVs to give leeway for commercial drones. 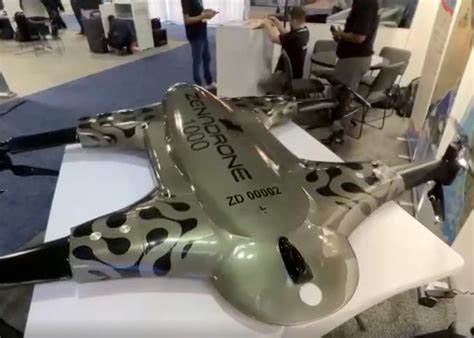 Tell us about ZenaDrone’s technology and how it’s being used in the cultivation of hemp and other plants. Is this a growing industry for drones?

Passley: ZenaDrone was born because of hemp farm monitoring. The hemp farmers in Ireland were having a problem creating a hemp CBD oil product that has accurate tracking and transparency, and they needed a device that could monitor [hemp] from seed to plant to harvest. This process is the only method to prove the purity of the CBD oil product and so ZenaDrone was first to address this problem.

We deployed the drone for a year and was astonished at the outcome. Because the drone records videos and captures images of the hemp plantation, the farmers also were able to predict plant health and resolve plant problems before they got worse. Hence, ZenaDrone can provide famers, plantations, and vast estates with comprehensive data that can be used to make wise decisions over their affairs.

Passley: Drone use will be very much observable in supply-chain logistics, aerial inspection and monitoring of renewable energy plants, journalism and news gathering, and drone-service rentals for organizations who want to capture aerial information on farms or estate.

What are the 2023 goals for drone technology in terms of manufacturing these vehicles?

Passley: Well, the goals for drone technology in terms of drone manufacturing include comprehensive reach to international markets, increase in DAAS subscriptions, and integrating with AI and IoT technologies.

There have long been ethical issues surrounding some of the uses of drones, such as their use for military operations such as strike missions or surveillance. There are also privacy issues related to some of their other surveillance uses outside of the military. What is the state of this conversation around drones and ethics?

Passley: The FAA has been evolving when it comes to the rules and regulations surrounding drone use. Drone pilots need to get a certificate before they can fly the drones and only at approved heights and in specific areas. As to privacy issues, drones are not the only devices that capture data of people, places, and things. It has long been accepted that CCTV cameras can capture and record anything and anyone on any random day. That’s no different with drone use. It only captures information in a FAA-approved locations.

How is the industry addressing these issues? Why are they important to address?

Passley: Drone users have followed the guidelines of the FAA and obtain the necessary permits before flying out the drones. Permits, certifications, and licenses are all part of drone use especially around crowded places. By following these drone regulations that aim to protect the public, property, and privacy of people, most troublesome incidents will not happen. It is important that drone manufacturers, enthusiasts, and pilots abide by the rules and regulations. Following these restrictions stipulated in the law will secure everyone’s safety and security.

10 fun and interactive spaces to inspire |

Fri Dec 9 , 2022
The best games room ideas cater to the whole family. A multifunctional room that has a variety of uses, the media room is often the place friends and family members come together to relax, play games and watch TV. Ensuring that your media room and games room incorporate a TV, […]