Frank Lloyd Wright’s George Smith Home, at 404 Home Ave. in Oak Park, recently hit the market. It’s the first time the 1890s-era home has been listed for sale in more than 60 years.  “It does need work inside; it’s been in the same family for about 60 years,” said […]

Frank Lloyd Wright’s George Smith Home, at 404 Home Ave. in Oak Park, recently hit the market. It’s the first time the 1890s-era home has been listed for sale in more than 60 years.

“It does need work inside; it’s been in the same family for about 60 years,” said realtor Catherine Cannon, who is listing the three-bedroom, one-bathroom house for $595,000. “It’s a beautiful home. The ceilings are nice and tall, and the rooms are spacious.”

Oak Park River Forest Historical Society records do not contain a lot of information on the home, but early Oak Park directories show that George Smith worked in sales at Marshall Field & Co. and that he and his wife Lucy were still living in the home in 1910.

“The 1898 George Smith House on Home Avenue is a fine example of Wright’s use of the Shingle Style early in his career,” Gordon said. “The exterior geometric forms show how Wright was reacting to the Victorian designs of the times by stripping away ornamentation to design a bold form, while still blending into the neighborhood. The interior is even more impressive, with an open floor plan that creates generous, sun-lit living spaces that fit with modern living.”

In Oak Park, Gordon compares the home to the Parker House built in 1892 on Chicago Avenue and says it also has some similarities to Hinsdale’s Bagley House, as all three homes have strong geometric forms, differentiating them from their Victorian-era peers.

Gordon recently toured the home with John Waters, the Frank Lloyd Wright Building Conservancy’s preservation programs manager, and she notes that they were surprised by how open and spacious the first floor was.

“The dining room is just spilling into the living room,” Gordon said. “It feels so open and airy, not boxy and closed off like a typical 1890s Victorian.”

The house maintains many original details such as large, diamond-paned windows in the living room and a fireplace of Roman brick. The second floor includes one larger bedroom, two smaller bedrooms and a shared hall bath. A walk-up third floor was probably once used as maids’ quarters.

Like Cannon, Gordon acknowledges that the house needs a lot of work, noting that the house has one full bathroom and a kitchen that is not up to the expectations of today’s buyers.

The Frank Lloyd Wright Building Conservancy is happy to consult with Wright owners contemplating restoration, and Gordon says the organization can share resources as well as examples of how other Wright homeowners have handled restoration and remodeling issues.

Noting the Frank Lloyd Wright Building Conservancy’s network of Wright homeowners across the nation, Gordon calls the organization’s ability to pair homeowners looking to restore with experienced preservationists something of a match-making system.

Gordon’s colleague Waters was taken with the house when he toured it and spent some of his holiday vacation working on an animation of the house to show what it could like, if restored.

He says he often makes digital models of Wright designs that may need a bit of work to show the homes in a different light. If a home has been unfortunately altered, the models can help homeowners see what the original would have looked like or give them ideas for restoration.

“When you see the house, you’ll be overwhelmed by what needs to be done,” Waters said.

Waters hopes his renderings will help people see past the work that the home needs to show people what they could get with an informed restoration. The digital models can be seen on the Frank Lloyd Wright Building Conservancy website at savewright.org/exploring-the-george-smith-house.

One of Waters’ favorite parts of the home is the way the Shingle Style emphasizes the exterior of the home.

“The Smith and Bagley Houses very much look to the East Coast Shingle Style,” Waters said. “Wright was experimenting as a young architect.”

The home’s location in the Ridgeland Historic District protects its exterior from demolition, and any exterior alterations would need to be approved by the Oak Park Historic Preservation Commission, but it has a generous backyard and a rear addition is not out of the question.

Both Gordon and Waters stress the importance of restoring and preserving the house’s interior elements.

He calls the home very Arts and Crafts in style and notes that it was such a carefully-planned space that feels and lives like a more modern house.

Gordon points out that an interested buyer could work with the state’s tax rebate program to receive a break on property taxes for an approved restoration of the home.

“Whoever takes this on, it’s a lot of work, but in my opinion, the rewards are so worth it,” Gordon said.

innovative interior is ready for entries

Sun Jan 15 , 2023
ICONIC AWARDS: innovative design is ready to accept submissions   Outstanding products and concepts in all fields of interior design are recognized every year thanks to the ICONIC AWARDS: Innovative Interior. Organized by the German Design Council, the 2023 edition grows bigger, inviting companies in the furniture industry and their […] 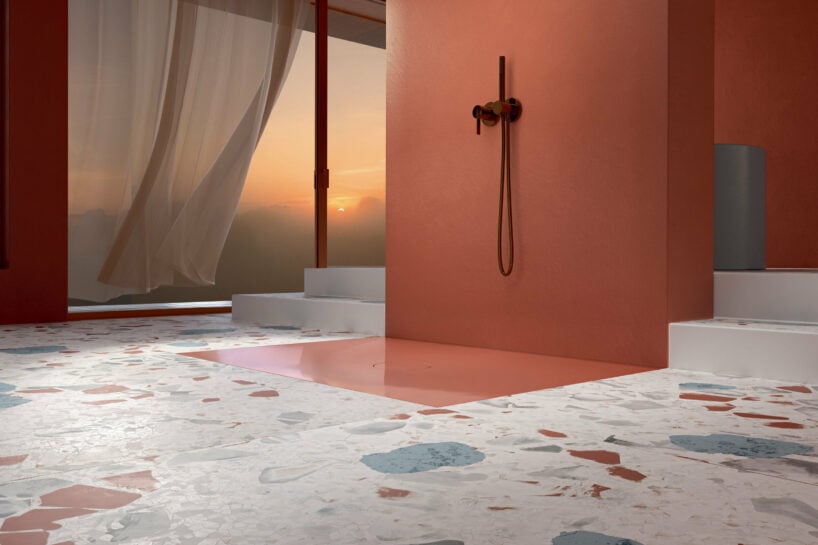