Examples of how to incorporate xeriscaping, said Napora, are using gravel, bark mulch, or leaving it open and having soil and plants — with all types of perennials. But he adds that it’s best to have an overall theme such as a Rocky Mountain look with boulders or a Prairie style with grasses as the anchor.

It was about two years ago, said Napora, that Salisbury started receiving a few more phone calls about xeriscaping.

“At that time there was a real reluctance from the developers,” said Napora. “You had to have a full landscape design done first and submit it for approval. For many developers you still kind of have to do that or you should anyways if you’re using artificial turf. But now they’re getting more relaxed about it.”

This year, though, Napora said xeriscaping has taken a bold leap forward.

“It’s just a shift in mentality now,” said Napora, emphasizing that xeriscaping doesn’t mean no maintenance. “You still have to weed. You can’t just let it go and go wild.”

Getting The Ball Rolling

For the Ball household, landscaping needed to take into account their sloping front yard as well as the low maintenance ask.

Part of the solution for the front was to create terrace-like spaces. The other part included the use of artificial turf.

“The terracing of the front yard will slow down the water flow when it is raining, so that the water can be absorbed by the plants or mulch,” said Andreas Lietz, Salisbury’s senior landscape designer, who worked with Napora on this project. “Most water will be used by grass and therefore the artificial turf will reduce the amount of watering significantly.”

As for opting for artificial turf, Lietz said the reaction was positive. He also said today’s version is nothing like the more plastic-like version of days past, and today’s product is much more realistic.

“They did a very good job of integrating the artificial turf in the front,” said Ball, adding he’s quite happy with the work by Salisbury.

Thu Nov 5 , 2020
If we had a dollar for every time someone with local celeb status listed a home in Dallas, we could all quit our day jobs. However, this listing is different. Featured on HGTV’s Design Star, interior designer Leslie Ezelle is showcasing the most exciting reveal to date—the listing of her […] 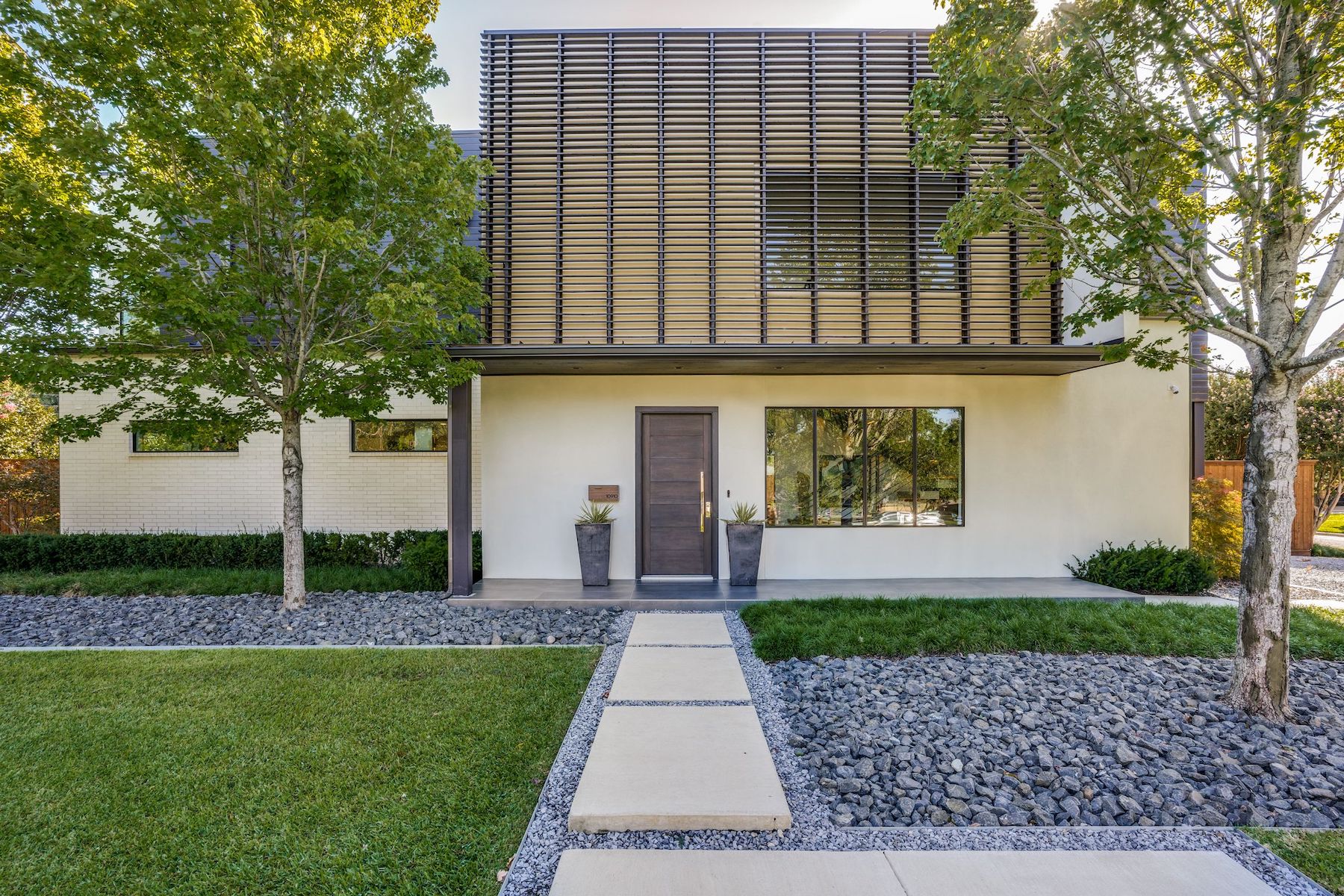