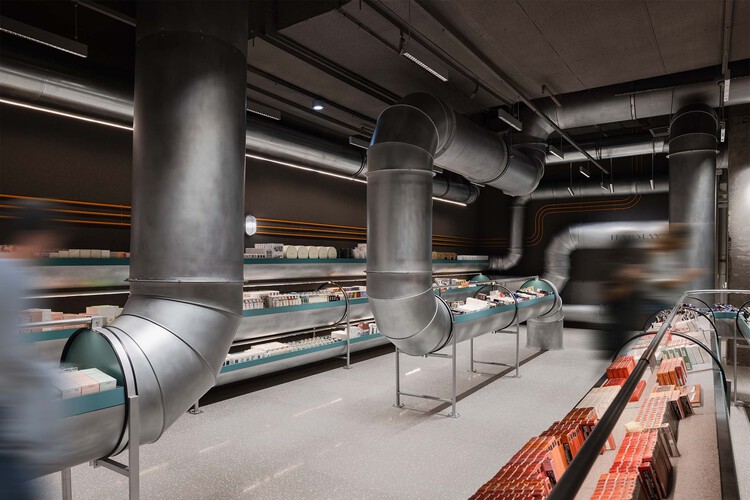 Text description provided by the architects. Nearly 50 years ago, Shenzhen was little more than a market town, evolving today into one of the largest and most important cities in southeast China. Continuous urbanization and development have rendered construction sites a symbol of the urban landscape. Building parts, stacked materials, and interior systems unwrapped and waiting to be assembled stage themselves as if temporary art installations, a tribute to the honesty and brutality of the city’s inner belly as a living machine.

The HARMAY Shenzhen site is part of a new large-scale commercial area within this machine, a deep and narrow space that connects the outdoor public area with the inner commercial space. Its length reveals a natural linear organization with a depth that draws magnetizing energy, driving visitors into further activation. The store’s design language is derived from the city’s industrious qualities. Where many stores promote the image of future perfection, HARMAY Shenzhen embraces the tension of ‘work in progress’ to create a new definition of urban spectacle whilst asserting its own design philosophy of warehouse culture.

Complex piping systems are used as a central focus, elevating them to the status of objects, like capillaries under the smooth skin of the mega-structure. Galvanized steel pipes wrap the space to form a boundary while terminal tubes scatter and gather to shape an interactive interface. The facade’s opening finds its way between two parallel pipes to create an immersive entrance while others extend unapologetically into the public space in humorous, experimental contrast to the purity of the adjacencies.

The interior journey divides into three natural stages. In the first, pipes wrap the space and transform suggestively into functional furniture, thus no longer independent objects but an integrated system linked within the entire space, lined in the brand’s signature green tone, inspired originally by industrial factory racks. In the middle area, mobile trolleys like factory carts imply the presence of goods in transport and circulation and bring a rich rhythm to the existing architectural elements. In the final stage, the order of repetition and tight spaces re-emphasizes the experience of the HARMAY warehouse. As the endpoint of the experience, the cashier is no longer a subsidiary hidden existence but is emphasized by the densely extended pipes to celebrate and strengthen the integrity of the entire journey bringing visitors a rich and varied experience. HARMAY Shenzhen is AIM Architecture’s 14th project across 9 cities in PRC. 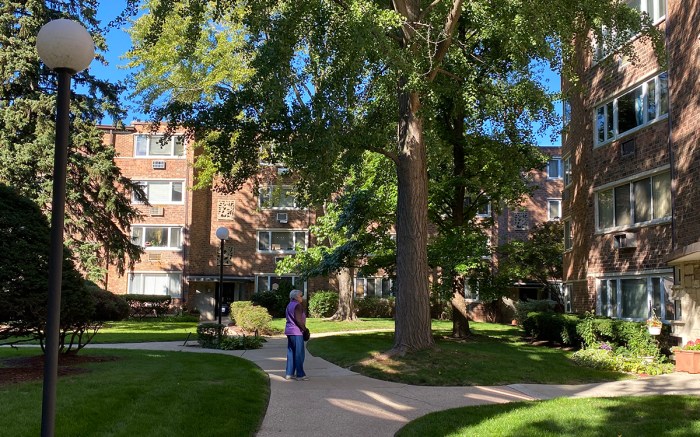