EV startup Lordstown Motors says that it has commenced production of its Endurance commercial pickup trucks. While these vehicles are conventional in some respects, with a leaf-spring solid rear axle, for example, the Endurance claims to be the world’s first production EV employing electric motors mounted individually inside each of […]

EV startup Lordstown Motors says that it has commenced production of its Endurance commercial pickup trucks. While these vehicles are conventional in some respects, with a leaf-spring solid rear axle, for example, the Endurance claims to be the world’s first production EV employing electric motors mounted individually inside each of the vehicle’s wheels.

This eliminates any intermediate drivetrain parts such as differentials or gearboxes and the space they occupy. However, four electric motors are heavier than one or two, and this added mass is not carried by the suspension, so it must track up and down over bumps and potholes without the benefit of springs and dampers.

The challenge of building and packaging motors inside wheels and making them live with the harsh environment that unsprung components endure has prevented others from achieving this goal, so Design News chatted with Lordstown vice president of engineering, Darren Post, at the annual North American Car of the Year jury gathering to hear how his company accomplished the feat.

Design News: How did you come to this decision to go with wheel motors for this vehicle?

Darren Post: I think that the vision for this came from our early leadership. At the time they wanted to do something different, where we had a much simpler powertrain orientation that had the lowest cost of ownership.

They had been always interested in wheel motors and back when I first started, they said, “Darren, would you come aboard? Let’s help bring this into the marketplace.” Because they really thought this could be a game-changer in the industry.

DN: We’ve heard about wheel motors for a while, and they haven’t come to fruition until now. What were some of the challenges and how did you overcome them to your satisfaction to bring it to production?

Darren Post: Yes. So when I looked at some of the earlier wheel motors, like the Protean motors, they had their inverter inside of the motor itself. I never liked the power electronics getting direct G forces from unsprung hits on the ground.  Plus, it also limited the [size of] the brake package.

We can use any inverter we want because the inverter is not encapsulated in the motor. That allows us to size the motors and brakes properly. We have our own special-sized motor. It’s been made slightly larger to have more torque to meet the grading requirements of a full [gross vehicle weight] pickup truck. That’s our motor, produced in our plant, unique to us.

The other side that’s very critical is the wheel bearing itself. The bearing not only bears the weight of the mass of the vehicle, but with the right strength, the bearing maintains the rotor-to-stator relationship with the air gap. Our partner company, Elaphe Ltd., had the crux of the technology and was able to help us to develop it to come up with a motor that would work for a pickup truck.

DN: Do they supply components on your motors or in what way are they your partner on that?

Darren Post: They have the original design for the motor itself. We buy our parts from all different companies. They’re very good at motor design and had come up with the initial hub motor-stator-rotor design that provides power at the right efficiency and the right torque.

DN: Is that a permanent magnet motor or an induction motor?

Darren Post: It’s a permanent magnet motor. The permanent magnets are on the rotor which is spinning on the outside of the stator and then that’s what the actual wheel is attached to

DN: Is that a licensing agreement that you have with them for their technology?

Darren Post: It is essentially a licensing agreement for our version of the hub motor. So that’s a plus for us as well as we potentially do other projects.  Both companies share in the success.

DN: One of the perceived obstacles for wheel motors is unsprung mass. What did you find to be the case as you were developing this?

Darren Post: The [importance of] unsprung mass depends on what the overall mass of the vehicle is. So, the motor hub motor as a percentage of the total unsprung mass of the vehicle.  Is it in the sweet spot of what you would see with a bigger corner like a [Ford] F-250 or F-350? So, we do have good tuning capability and we were able to manage right and handling quite well because of the overall mass relationship to the motor mass.

DN: How do you package friction brakes with your hub motors?

DN: Have you found manufacturing to be harder or easier because of the in-wheel motors?

Darren Post:  Everything is different. It’s easier in that you don’t have a gearbox with all the brackets and half-shafts and U -joints and the whole chain isn’t there. So, I think it’s easier to build than a traditional EV in that sense.

I think also, typically, there’s a lot more [noise, vibration, and harshness] from the gearbox. In my experience [other manufacturers] had to actually encapsulate the gearbox and motor because it’s very close for the noise coming into the cabin.

DN: Where are the opportunities to improve on today’s design?

Darren Post: We’ve always got a path of continuous improvement to improve efficiencies. So we are considering some changes to further improve the thermal characteristics and to actually transmit more of the energy into torque. We have some changes we’re looking at doing in the near term for that.

Mon Oct 24 , 2022
Each week, Mansion Global tackles a topic with an elite group of designers from around the world who work on luxury properties. This week, we explored how to design an irregular-shaped living room. Living rooms outside of the conventional square or rectangular shape can be tricky to decorate. Though challenging, […] 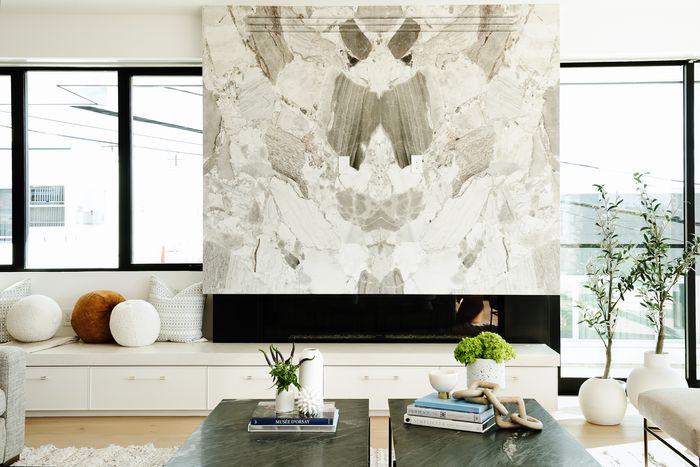