Bronx, New York, USA Addressing the critical need for recreational spaces, Marvel has designed a dynamic campus of adventure and activity, the new 52,000 square feet Northeast Bronx YMCA, that will provide a state-of-the-art community hub to neighborhood families of all income levels. Developed in partnership with a broad coalition […]

Addressing the critical need for recreational spaces, Marvel has designed a dynamic campus of adventure and activity, the new 52,000 square feet Northeast Bronx YMCA, that will provide a state-of-the-art community hub to neighborhood families of all income levels.

Developed in partnership with a broad coalition of community leaders and elected officials, the Northeast Bronx YMCA has been awarded a 2022 Green Good Design Award from The Chicago Athenaeum: Museum of Architecture and Design and The European Centre for Architecture Art Design and Urban Studies.

Set on what was a wooded 3-acre site, the building program is organized into three separate pavilions placed gently on the site, preserving existing mature trees, and respecting the natural sloped topography. Their open arrangement is a gesture of openness and transparency as if the building was welcoming you in a warm embrace.

The pavilions are linked by a glass corridor, with windows placed to augment lines of sight, knitting the building to the neighborhood beyond, and offering a connection to the outside wherever you are in the building.

A holistic approach to sustainability was key to the design. The project was designed from the onset to achieve LEED v4 Gold certification, and this was the foundation the team used to balance decision-making. Given the extended opening hours and heating demands of the pool, reducing energy use and optimizing building mechanicals was a top priority.

A whole building energy simulation was performed at the concept stage to track energy targets and updated at later design stages.

It was used directly to make balanced design decisions, such as retaining passive thermal envelope features like fiberglass composite girts and pinpointing the optimal thickness of roof insulation. A cogeneration plant produces electricity on-site and recycles waste heat for the swimming pool.

The result is a building that is expected to reduce annual site energy consumption by 33% and utility costs by 61% compared to the ASHRAE 90.1-2010 baseline, achieving 18 out of 18 points of the LEED Energy Optimization (EAc4) Credit.

The NE Bronx YMCA is a powerful symbol of the importance of making lasting investments into the health, wealth, education, and well-being of overlooked communities, and will serve and strengthen this community for decades to come.

Tue Oct 11 , 2022
Earlier this week I shared the beginnings of a living room refresh project – layouts, schemes, mood board, cringey before photos, and all – and today I’m excited to reveal the final results and dive into all the details with you! Let’s remember where we started: Before, I thought I […] 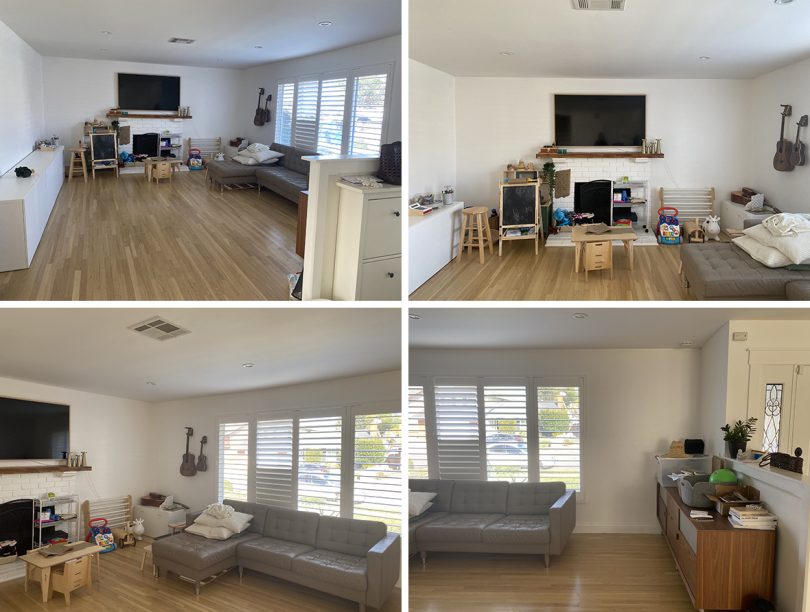