Responding to a looming global shortage of ventilators, a team from Oregon Health & Science University has come up a low-cost version that can be widely produced with 3D printing technology. Albert Chi, M.D., M.S.E., an OHSU trauma surgeon who previously pioneered 3D-printed prosthetics for children, is leading the effort. […]

Responding to a looming global shortage of ventilators, a team from Oregon Health & Science University has come up a low-cost version that can be widely produced with 3D printing technology.

Albert Chi, M.D., M.S.E., an OHSU trauma surgeon who previously pioneered 3D-printed prosthetics for children, is leading the effort. As COVID-19 spread inexorably across the globe, health care workers worried that they would run short of ventilators needed to keep the sickest patients alive.

“The goal is to provide it for free to whoever needs it,” said Chi, an associate professor of surgery (trauma, critical care and acute care surgery) in the OHSU School of Medicine.

The design is so straightforward that it doesn’t require electricity, only the type of standard oxygen tank broadly available at hospitals and clinics worldwide. Depending on the printer, a single ventilator can be manufactured within three to eight hours and made operational with the addition of low-cost springs available at any hardware store. The low-tech ventilators can be replicated anywhere in the world for less than $10 of material.

I wanted to have something we could print everywhere without the need for special equipment or custom manufacturing.”

Chi’s core team consists of his lab research engineers Whitney Menzel and Evan Fontaine; Stephanie Nonas, M.D., director of the medical intensive care unit at OHSU and an assistant professor of medicine (pulmonary and critical care medicine) in the OHSU School of Medicine; and Dennis Child, an OHSU respiratory therapist.

In addition, the team has worked in collaboration with the 3D printing technology firms Stratasys, Sherpa Design Inc. and the University of Central Florida-based nonprofit organization Limbitless Solutions to produce prototypes. The team also got an assist from Oregon-based Nike, which helped by 3D printing the team’s design.

Today, Chi and his team filed for emergency use authorization from the Food and Drug Administration to deploy the design across the country. If the design is approved, any hospital with access to a commercial-grade 3D printer would have the ability to produce a new ventilator within a matter of hours.

Earlier this month, Oregon sent 140 traditional ventilators to New York to help hospitals overwhelmed by a surge in patients in need of life-sustaining oxygen.

The new OHSU design would be used in triage situations when clinicians must make life-or-death decisions about which patients are intubated with ventilators to give them a chance of survival. Rates of infection in Oregon and some parts of the United States appear to be flattening due to stay-at-home orders and other physical distancing measures, however the virus is continuing to spread in other parts of the world.

In addition, Chi said the ventilators may yet be necessary to manage secondary surges in Oregon and other hot spots that flare up across the U.S.

The design eliminates long supply chains from manufacturing plants to hospitals, providing the ability to conjure new ventilators in place. Long term, the design could be useful in future pandemics.

Because it requires no electricity, only a working oxygen tank, it can be deployed quickly and efficiently virtually anywhere. Chi, formerly an officer in the U.S. Navy Reserve, envisions the possibility of using the device as a “pocket vent” in military operations or in other austere environments with limited access to electricity such as the scene of a natural disaster.

Mon May 11 , 2020
Thank you to Hayneedle for partnering with me on my family room makeover! Y’all, the room shuffling in our house is ALMOST COMPLETE! In case you haven’t heard, a few months ago we decided that we needed to separate our twin girls’ into separate bedrooms because one of our sweet […] 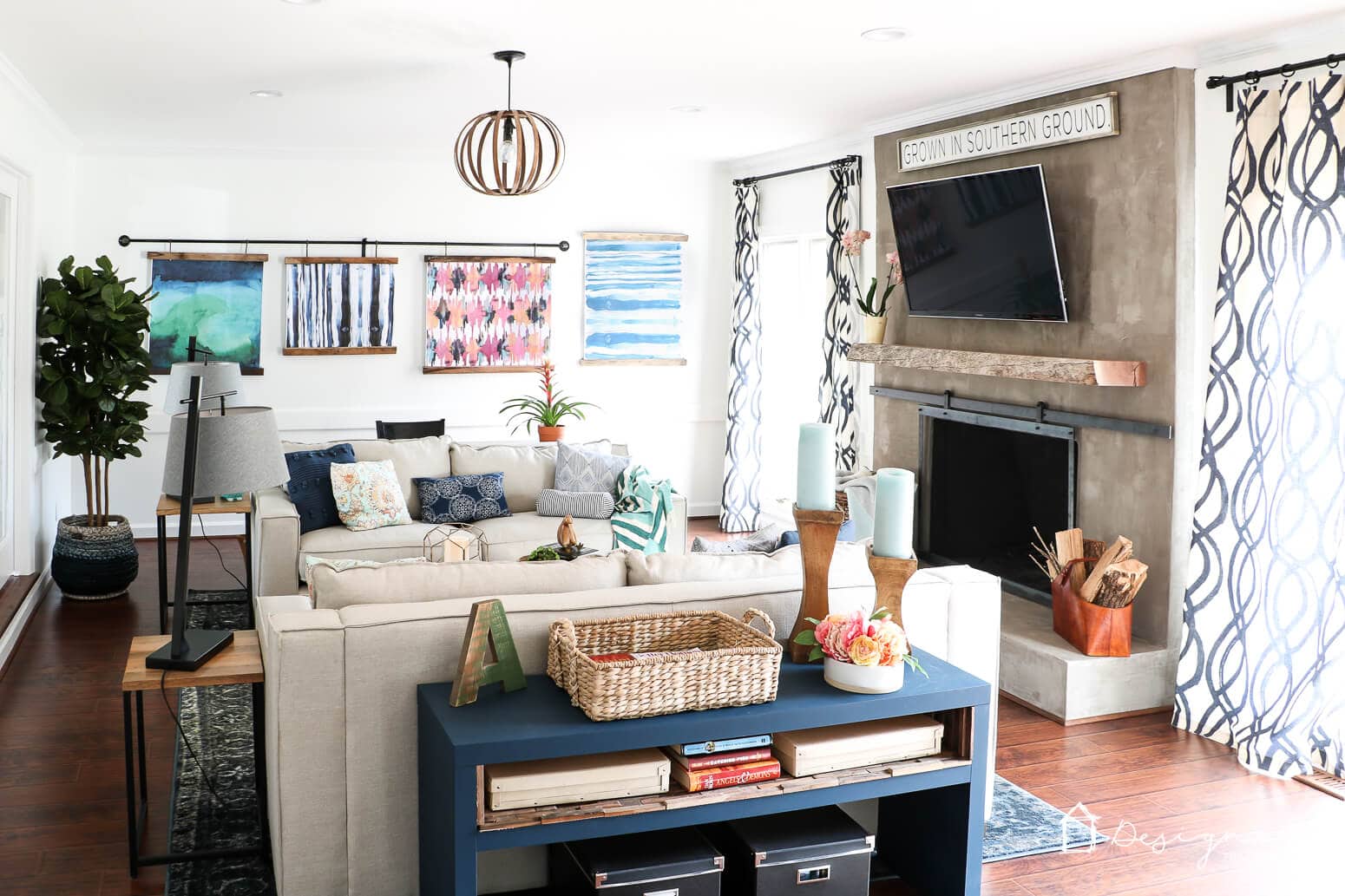