<\/div><\/div>”],”renderIntial”:true,”wordCount”:350}”> Patagonia sells its Snap-T fleece for $149 or less—but the colorful midlayer could be worth a lot more than that if things go the brand’s way in court. Last week, Patagonia filed a lawsuit against Gap, accusing the apparel company of copying its longstanding Snap-T fleece design. The complaint […]

Patagonia sells its Snap-T fleece for $149 or less—but the colorful midlayer could be worth a lot more than that if things go the brand’s way in court.

Last week, Patagonia filed a lawsuit against Gap, accusing the apparel company of copying its longstanding Snap-T fleece design. The complaint includes a photo of one of Gap’s pullover fleeces, calling it a “look-a-like product” that is “using a highly similar rectangular logo, all designed to make it appear as though Patagonia is the source of Gap’s products or has collaborated with Gap.” Both garments feature a bright, colorblocked pattern; a snap-closure neck; a triangular, snap-closure chest pocket; and a rectangular logo above the pocket featuring a mountain skyline. Gap’s version is currently available on its website for $79.95.

According to the lawsuit, which the brand filed in U.S. District Court for the Northern District of California, Patagonia launched the first version of the pullover in 1985 and added the snap pocket four years later, “and an iconic design was born.” The piece appeared in a 2017-2018 exhibition called “Items: Is Fashion Modern?” at New York’s Museum of Modern Art; the show’s catalog noted that the Snap-T’s “functionality and bright color palette took fleece out of the woods and onto the street.” The Snap-T was also featured in the “Values of Design” exhibition, which debuted in 2017 at the Victoria and Albert Gallery in Shenzhen, China. The fleece has remained in Patagonia’s line for decades.

“A brand’s value is in its distinguishing features,” says Sarah Hartley, a partner at international law firm Bryan Cave Leighton Paisner who specializes in part in outdoor industry legal issues (she is not involved in this lawsuit). Not only can trademark infringement take away a brand’s sales, she notes, but it also devalues a company’s reputation. “Particularly with Patagonia’s forward-looking and progressive political stances that they’ve taken, there are people who want to be associated with them. That consumer connection is really valuable. You want to make sure that you don’t have people trying to trade off of the goodwill that you’ve built up with your customers over many years.”

The document, which does not name a specific dollar amount for damages, lays out a long list of harms Gap has caused, including making the public falsely believe Patagonia has partnered with Gap, damaging Patagonia’s reputation, diluting its trademarks, and deceiving customers. It even includes a one-star Gap customer review for the pullover calling it an “Obvious Pata*gonia ripoff” and noting “I had to zoom in just to ensure that the logo was Gap.”

Patagonia’s lawsuit also alleges that “there is no question that Gap’s copying has been willful and deliberate,” based on how similar the two designs are. It adds that Patagonia has warned Gap in the past to stop infringing on its products and logo. A spokesperson for Gap declined to comment, citing the ongoing litigation; a Patagonia representative also declined to speak with Outside.

This legal action joins a similar lawsuit Patagonia filed against Walmart and one of its suppliers, Robin Ruth USA, in early October. That suit accuses Walmart and Robin Ruth of copying its famous “P-6” trout logo on products like a T-shirt bearing the word “Montana” instead of Patagonia. “In the nearly-50 [sic] years since Patagonia’s business started, PATAGONIA brand and its P-6 logo have become among the most identifiable brands in the world,” the lawsuit states. “Defendants’ actions have caused and will cause Patagonia irreparable harm.”

“This is not an out-of-the-ordinary kind of lawsuit for a business to bring,” Hartley says. “In order to maintain the value of your company, you’re going to do what you need to do to protect your brand.”

Thu Dec 1 , 2022
This month’s stories look at effective ways to tackle complicated problems. There’s a German company using design to combat e-waste in home electronics, a cosmetics company researching how to create the perfect red for vegans and filmmaker Mohammad Gorjestani has created a project which celebrates the lives of victims of […] 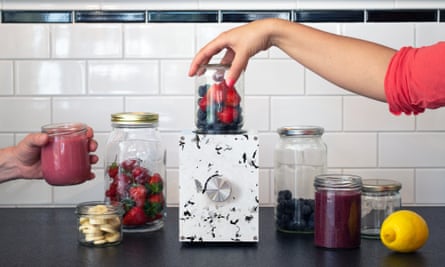