A researcher has found a rather sweet and unexpected way to print microcircuits on unconventional surfaces by using common food additives, a technique that has the potential to evolve microprocessor technology. Gary Zabow, a researcher at the National Institute of Standards and Technology (NIST), was trying to find a way […]

A researcher has found a rather sweet and unexpected way to print microcircuits on unconventional surfaces by using common food additives, a technique that has the potential to evolve microprocessor technology.

Gary Zabow, a researcher at the National Institute of Standards and Technology (NIST), was trying to find a way to send microscopic magnetic dots to colleagues in a biomedical lab by burying them in hardened chunks of sugar. Instead he found a novel way—called REFLEX (REflow-driven FLExible Xfer)—to print microcircuit patterns on curvy and other non-traditional surfaces.

Zabow wanted to send magnetic dots in such a way that the scientists receiving the packages could dissolve the sugar in water to free the dots for further studies without leaving harmful plastics or chemicals behind.

He accidentally left one of the sugar pieces with the dots embedded in a beaker, which had coated the bottom in a melted mess of sugar. To retrieve the micromagnetic dots, the researcher set about dissolving away the sugar. However, he didn’t find the microdots immediately when he rinsed the beaker, but then realized that instead of releasing into the water, the dots had transferred to the bottom of the beaker and were casting a rainbow reflection, Zabow said.

The rainbow colors “really surprised” Zabow because they demonstrated that the microdot arrays had retained their pattern through the process, he said. This sweet mess gave him a novel idea: to use table sugar to transfer microcircuits onto new surfaces in a way that hasn’t been possible before.

Semiconductor chips, micropatterned surfaces, and electronics all rely on microprinting, which is the process of putting precise but tiny patterns that are millionths to billionths of a meter wide onto surfaces to give them new properties.

Traditionally, these tiny patterns—composed of metals and other materials—are printed on flat wafers of silicon, the common form factor for modern microprocessors. However, engineers aim to expand the uses and range of semiconductor chips as electronic and processing devices get more complex and varied, so they are seeking ways to print these patterns on surfaces that challenge convention.

One way they’ve done this is to transfer prints using flexible tapes in processes similar to how putty can pick up newsprint. However, there are challenges with using solid materials for this purpose because they have trouble conforming to sharp curves and corners when the print is laid back down, researchers said. The materials also leave behind plastics or other chemicals that can be hard to remove or be unsafe for biomedical uses, researchers said.

Liquid techniques are also an option, which float the material to be transferred on the surface of water through which the target surface is pushed. If it sounds tricky, it is, as scientists struggle with precisely placing a print in a desired spot when working with a freely flowing liquid.

Zabow’s discovery falls into the category of one of the latter techniques but, as he found, using a combination of caramelized sugar and corn syrup helps stabilize the process. By dissolving this sugar mixture in a small amount of water, it can be poured over micropatterns on a flat surface. Once the water evaporates, the candy hardens and can be lifted away with the pattern embedded.

That printed piece of candy can then be placed over a new surface and melted, with the pattern maintaining its form even if it flows over non-flat surfaces with curves and edges, Zabow said. This is because the sweet combination maintains a high viscosity as it melts, he said. Once this part of the process is complete, the sugar can be washed away with water, leaving just the micropattern behind.

In this way, scientists can transfer microcircuit patterns like a stencil so the materials can be etched and filled in as they desire. They can also use REFLEX to transfer materials from their original chip onto fibers or microbeads for potential biomedical or microrobotics studies, or over sharp or curved surfaces within new devices, Zabow said.

“The semiconductor industry has spent billions of dollars perfecting the printing techniques to create chips we rely on,” he said. “Wouldn’t it be nice if we could leverage some of those technologies, expanding the reach of those prints with something as simple and inexpensive as a piece of candy?”

He and his team reported their findings in a paper published in the journal Science.

Researchers tested their technique on a range of tiny surfaces, including the sharp point of a pin and even a strand of human hair, on which they wrote with success the word “NIST” in microscale gold lettering.

Another experiment to prove REFLEX used the process to transfer 1-micrometer-diameter magnetic disks onto a floss fiber of a milkweed seed, which then reacted in the presence of a magnet to prove that the technique was a success, researchers said.

6 Room Layout Ideas for Awkward Spaces, According to Design Pros

Fri Dec 16 , 2022
When it comes to dealing with awkward room layout ideas, take note of small rooms that are anything but a shoe box. “One of our main tasks was to accommodate the 130 to 170-square-foot footprints of the varying room types,” explains architect David Rockwell of Rockwell Group; he designed the […] 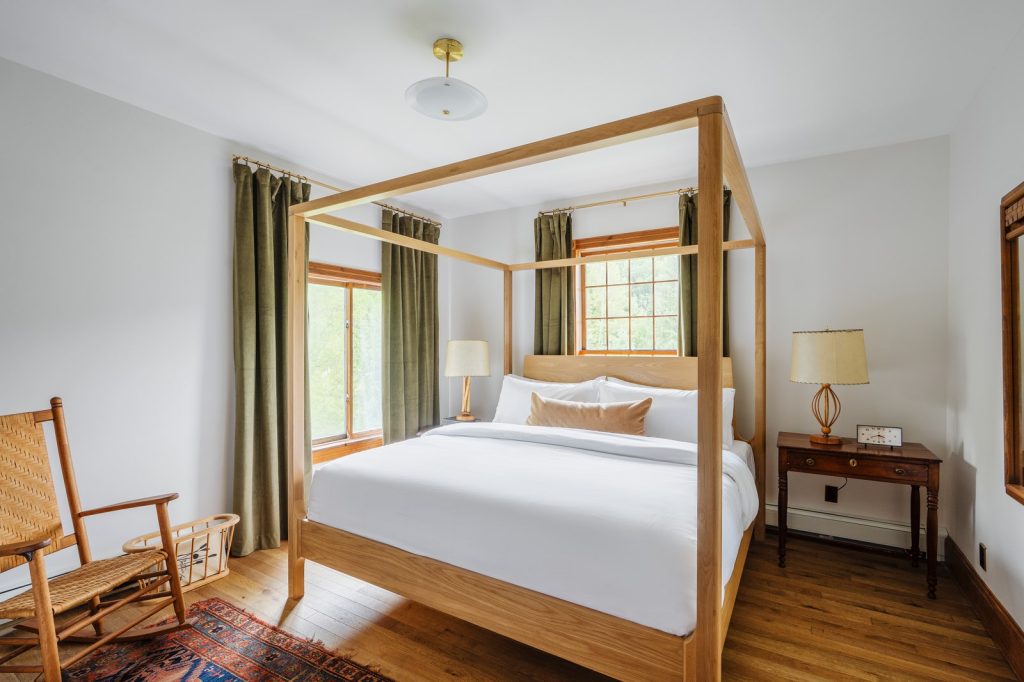