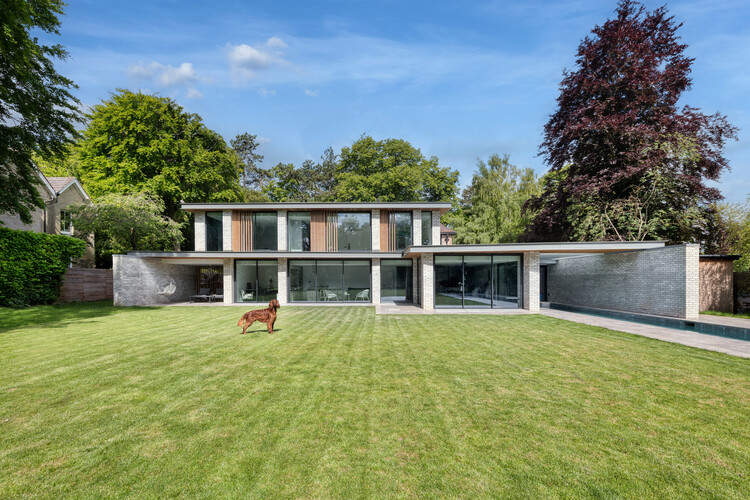 “The Athletes House is a private bespoke extension located in Hampshire completed in Autumn 2021 by award-winning, Winchester-based Architects AR Design Studio. The clients came to the Studio with the brief to extend and transform their 1950s home.

Though the clients describe themselves as “polar opposites in the things we like and the way we live,” spatially they both wanted to extend the living space on the ground floor to open the house up to the garden and achieve an extra bedroom on the first floor. They are also both extremely active and regularly compete in triathlons. Fuelled by lockdown, a crucial element of the design was a gym and 25m external lap pool where they could train for events from their home.

AR’s strategy was not so much to extend the existing dwelling, but rather to build a new house on the back of the old one. This way, both parties received what they wanted. This entailed reorienting the internal layout, with the key spaces now sitting within the new build physically connected to the garden. The new building contrasts the old, box-like, house with a series of walls and roof planes that define spaces without enclosing them. Brick planes stretch out into the garden and focus the views, while the open plan kitchen, dining, and living area flow between them. The continuation of the masonry from inside to out, large format glazing, and a continuous floor finish are all used to blur the threshold between inside and out.

A horizontal roof plane sails out to create covered external areas on the ground floor, breaking up the verticality of the brick fins and providing solar shading and much-needed shelter from the British weather allowing the external areas to be used year-round. The pool and gym are situated in their own bay, with one end of the pool recessed into the building facade. Its form both projects into the building massing and extends into the garden, further contributing to an obscured threshold.

A volume of the existing house has been opened up to create a bold double-height entrance space. This houses a folded steel staircase and bookcase, contrasting with the period sash windows while giving a hint of the contemporary palette to come. The remainder of the Georgian-style property house has undergone a more traditional renovation with every room updated to a 21st Century standard of living. Bathrooms, bedrooms, and snug have all been remodeled, maintaining the period features and sash windows in line with one of the client’s preferences. By carefully consolidating the client’s differences the extension and refurbishment have transformed the 20th-century house into a spectacular family home, creating a dwelling completely bespoke to their active lifestyle and individuality.”

Sun Oct 30 , 2022
Unjung-dong, Republic of Korea Located in the Unjung-dong housing complex in the South Korean province of Gyeonggi-do near Seoul, Hyunjoon Yoo and his design team of Hyunjoonyoo Architects draw on the existing sloping landscape as an advantageous starting point for the design concept of Multi Terrace House.  The clients asked […] 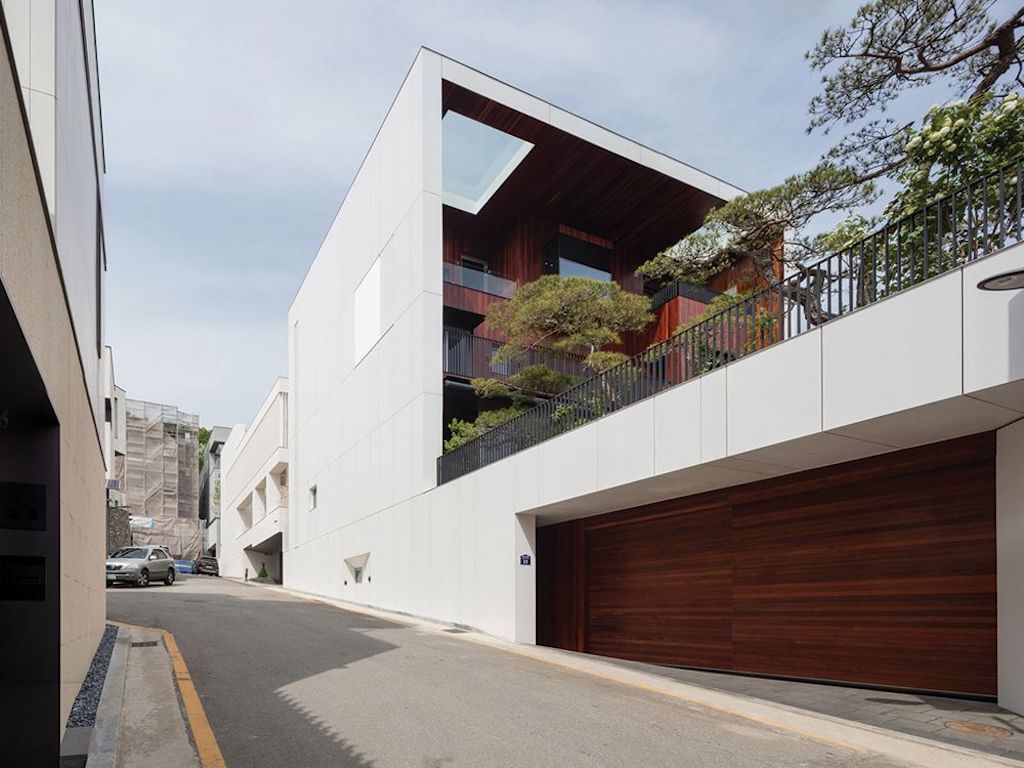