Automated External Defibrillators (AED) have become common enough in public spaces that we may tend to overlook them, as with fire extinguishers and other common public safety items. But when a person’s heart goes into irregular heartbeat, as happened with Buffalo Bills defensive back Damar Hamlin following a blow to his […]

Automated External Defibrillators (AED) have become common enough in public spaces that we may tend to overlook them, as with fire extinguishers and other common public safety items.

But when a person’s heart goes into irregular heartbeat, as happened with Buffalo Bills defensive back Damar Hamlin following a blow to his chest while making a routine-looking tackle, AEDs are lifesaving technology that puts the heart back into the correct rhythm. Applying cardiopulmonary resuscitation (CPR) and employing an AED immediately is crucial to prevent fatal brain damage in victims of such heart problems. 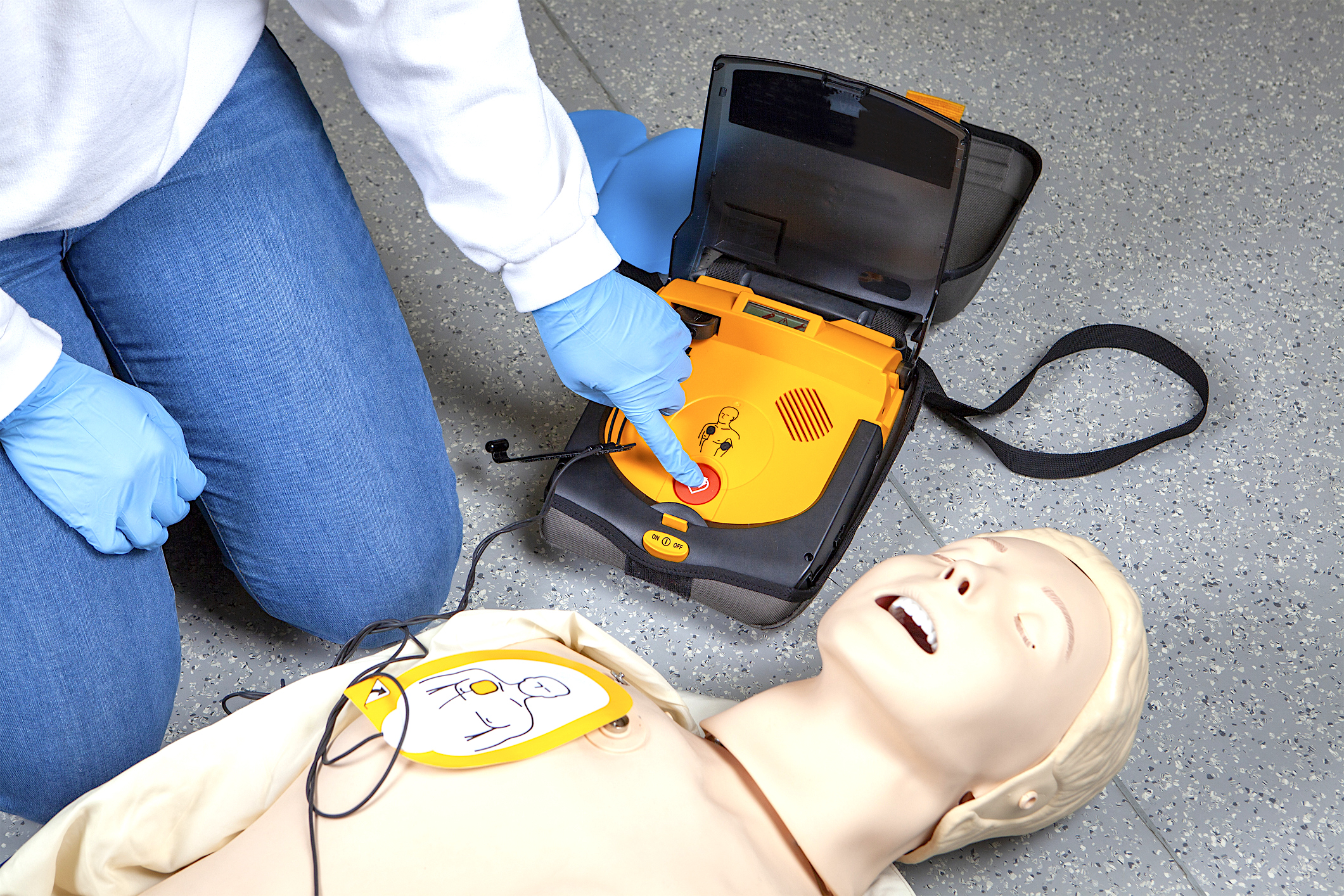 Anyone who has watched medical TV shows dating back to Emergency! is familiar with the routine: apply mouth-to-mouth resuscitation while readying the electronic defibrillator, get clear contact with the patient’s chest, then shout “Clear!” to assure nobody is touching the patient when the high-voltage jolt is applied in an effort to reset the heartbeat into a correct pattern.

Irish Dr. Frank Pantridge invented the portable defibrillator device in the mid-1960s, after co-developing the modern system of CPR in 1957. These devices address the heartbeat irregularity known as ventricular fibrillation, which is when the heart muscles quiver or flutter instead of contracting in a coordinated manner, according to defibrillator supplier AED USA.

To do this, the defibrillator passes a brief electrical current through the heart, which depolarizes cardiac muscle and allows the body’s natural pacemaker to re-establish a proper rhythm.

The familiar paddles are a pair of electrodes that use an electrically conductive gel to induce this current via a voltage. The purpose of the gel is to reduce the natural resistance of body tissues to prevent electrical burns.

Manual defibrillators require expertise to use because the technician needs to be able to identify the patient’s condition to know when to start using the defibrillator and when to stop, as well as applying the gel to the paddles.

Modern AEDs have a built-in computer that automatically decides whether to apply the jolt after analyzing the patient’s heartbeat and these typically have the gel already applied to the adhesive pads on the AED’s paddles. “The AED will not administer the shock unless treatable ventricular fibrillation is detected, so the user doesn’t have to be formally trained to recognize a shockable rhythm,” notes AED USA. “Because of this, AEDs are most useful for out-of-hospital cardiac arrests.”

Significantly, defibrillators can only correct faulty heartbeat patterns. They cannot restart stopped hearts. “A common misconception is that defibrillators will restart a heart that is in asystole (“flat lining”),” reports Cardio Partners, a supplier of heart treatment equipment on its website. This is incorrect. Once the heart is unable to create its own electrical pulse, a defibrillator will not work.”

Former San Diego Chargers head team doctor David Chao explained in a post on Sports Injury Central what happened to Hamlin. “The heart attack was likely caused by a cardiac contusion with potential commotio cordis (electrical signal gone haywire). AED (automatic external defibrillators) are routinely on both NFL sidelines and even brought on the plane and bus with the traveling team. The defibrillation (shock) happened on the field to convert Hamlin’s rhythm to allow his heart to beat again. Commotio cordis leading to heart attack has a significant mortality rate but with the witnessed arrest and immediate care, Hamlin seems headed for a positive outcome.”

“Survival” doesn’t necessarily mean living life as before the heart problem, cautions The Cleveland Clinic. “After cardiac arrest and defibrillation, recovery is a long-term process that takes months or years,” states the clinic’s site. In fact, as many as 40 percent of cardiac arrest survivors have some impairment that doesn’t allow them to go back to work or do regular activities after leaving the hospital, and physical therapy may be necessary.

Fortunately, in Hamlin’s case, expert medical responders with the best available equipment were on the scene to start immediate treatment. This serves as a useful reminder that this equipment is available in many public spaces in the event we need to use it and that perhaps some basic training for familiarity with AEDs would be a good idea, even if we hope to never have to emulate the TV doctors in a real-life emergency.

How to refresh your home for the New Year |

Fri Jan 6 , 2023
A New Year allows for a new outlook – and that often includes a rethink of our homes. As the Christmas decorations come down, it is the perfect time to consider a refresh of your home for the year ahead.  Whether you are looking to incorporate new interior design trends, […]